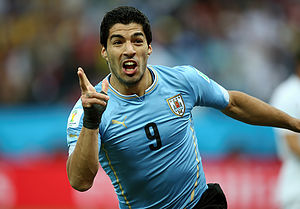 The answer is almost certainly not. Not, at least, while our youth development and training systems remain as they are. The frustration of England’s (lack of) youth development, the apparent lack of progress, and - of course - England’s inability to compete with the top nations (as well as those with ‘small’ populations, such as Holland and Belgium) point to serious issues in the game.

The main issue is that there is a distinct lack of creativity and freedom of expression afforded to young English football players – we have always been a very structured, regimented and analytical in its approach to youth development.

This is a direct reflection of how the English educations system is run. In an excellent talk from Ken Robinson, entitled “How schools kill creativity” he discusses how pupils who possess creative flair are pressured to change so that they fit the norm. School, Robinson argues, is a place to develop University lecturers, and little else. The system neglects creativity, much as English football has done for decades.

Basically, skill, expression and creativity have been looked on negatively by an FA who value structure, organisation and conformity. A coaching culture has developed which has these ideas and beliefs at its core, and players that shows skill and creativity usually have it coached out of them.

So, when we ask ourselves the question why we lack players with skill, we’re forced to look at our coaching culture. It would appear that the Academy system has generally been a place where skill is given a low value. This is not always the case. In some places (e.g. Southampton & Everton) they sought to develop skilful and intelligent players, as we do in our own London football coaching courses, but such football training environments are rare.

The result is that players are often coached to limit their skill and craft, not to maximise it. They are coached not to experiment, in order to avoid mistakes. Academies like the school system have become places of conformity - if you don’t fit in with what’s asked then you are released. However, many of the greatest players, the geniuses of the game, were and are often non-conformists - they had their own style. Would they make it in today’s academy structure? Almost certainly not.

If you look at the coaches we have now, they're so different from times past. Today, they all have their badges, and know exactly how to play football in theory. They know what kind of exercises you should do, and for how many minutes, as well as the distances between the goals, and where the cones should be when playing positional games. And they know not to play too long - one and a half hours maximum. Maybe that's the problem. Years back, we never had that sort of attention, so we were more self-taught. Even with all the shouting, you just created your own thing. We learned how to make our own decisions.

Today, though, everything is done by the book. Is it too much? Probably. Kids don’t learn how to adapt. As soon as something happens that’s a bit different it's "Oh no! I don't know what to do!" You see them looking at the bench to find out what they should do. That’s precisely the kind of reaction we try to eliminate in our London football skills coaching courses.

And this is where we bring in Luis Suarez. You can see he’s always thinking. "How can I get the best from this situation? Do I have to pull the shirt of his defender to get in front of him? Do I get out of position to control the ball?" His mind is always busy thinking. He's very creative.

It begs the question that if Suarez had developed in one of Europe’s academies, would he be the player he is now? Would he even have made it? It’s unlikely. It illustrates the main point – that we need to give players the chance to develop themselves into creative, special, unique individuals. We can't copy what we had in the past. Somehow, we have to find a different way, so the players who come into the first team can be creative again, think for themselves, make a difference. Be special. Be unique. That's what we want. And it’s the focus of our football coaching courses in London.

Who’s the better player - Suarez or Aguero. For me it is Aguero, yet I love Suarez. Both are unorthodox, skilful, creative and very effective. The fact both are South American is not surprising. They way players develop there is very much from a street football environment. Through futsal type games, the players develop their skills and creativity, and - most importantly - their intelligence and decision making. Coaches evidently allow players to express and try things as youngsters.

But, on top of this, these players have a ruthlessness, a desire and a tenacity, qualities which English players are supposed to possess, but don’t. Why? Because it’s coached out of them in Academies.

In England, it’s the ‘nice’ players who often make it, not those with the right ‘attitudes’ required for top level football. Should we not be more creative in how we develop, recruit and promote players? While we admire and envy players like Suarez, Aguero and Tevez perhaps we should look at ways we can find and develop our own.

Can we replicate environments of South America? Perhaps. Yet we cannot replicate the culture or socio-economic situations. But we can change our culture to having children ‘play’. Too many are locked indoors after school and are restricted from playing and socialising. The result is a sedentary, lazy and computer-focused generation.

To help these kids we need to create a culture of ‘street football’ which allows players to develop their own creativity, and make decisions away from ‘coaches’ who make decisions for them. Investing in free futsal courts would be a start.

As for the coaching culture, teaching skills to players is a key part of it, for sure. But playing games is also key. Too many ‘nice’ practices may make a coach look good, but they don’t develop players skill and intelligence. Playing games with varied rules will allow players to think, solve and develop. Coaches therefore need to be facilitators and guides more than “stop, stand still, listen to me” coaches (products of the FA coaching system).

Of course, this isn’t a problem just for England, but for Europe in general. The Western school system cannot help become part of the football education, and with the new EPPP the intention is to make the Academy process even more structured, just like the school system. While this may help provide more structure, it also means more coaching and conformity.

Will players be allowed to think, express and develop their skill and intelligence with this increased level of structure? Although we will develop more players with this model, there has to be a real concern that we will develop only a certain type of player – and it won’t be a Luis Suarez type!

In our London Academy football skills coaching courses, we adopt a methodology that’s very close the street game. A methodology that encourages independence, creativity and decision-making. We have structure, too, of course, but the emphasis is on maximising skill, and using it – not coaching it out of players.