What Could Happen If Pro Clubs Stopped Academies?

"Insanity is doing the same thing over and over again, expecting different results!" 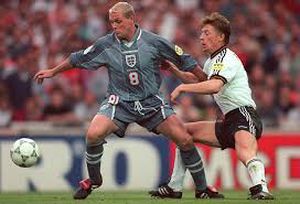 What have the following all got in common?

Answer. All are/have been legendary players, with out much dispute either.

Paul Scholes, Paul Gascoigne two England players that few would argue are not legendary. Rooney, Gerrard, Lampard, Beckham, Ashley Cole are a few that have been mentioned as world class, but divide opinions. The truth is our academies have failed, they produce professionals, but not enough truly undisputable world class players and for a country that has millions of pounds floating around the game and every club has an academy, that is a major failure.

Many professional football clubs recruit children as young as 8 years old and cut unwanted players yearly until they reach 12. Youngsters then sign two-year registrations and must survive “culls” at the age of 14 and 16 before getting a three-year contract.

“It can be harsh. At its worst, we are talking about an environment that can develop, foster and maintain a mindset where athletes are wholly invested into the idea of being the next David Beckham. In fact, of the estimated 10,000 athletes involved in youth football at any one time, less than 1% is thought to make it as a professional footballer.

Many have written about the failings of English players, not many have come up with different solutions. Poor coaching methods, lack of vision, playing time, transport, parents, looking for the big player, poor scouting, foreigners, pressure on kids etc. Now I dont think we are producing poor players, the names listed above such as Rooney are not your average players, they are talented players and will go down as some of our better players. But I would like to see players in that legends list, so the question is, do we carry on or should we look at a completely new way of coaching the elite?

I have not heard anyone suggest that it may be a better option to take away the academies from the pro teams. When I say away, obviously there has to be a time when they have some sort of contact, so I would suggest from 16 scouts start to look at the proposed development centres and start to get an idea of the players who may be suited for their club when they reach 18.

Would a new system be better than what we have

1: Academies are after the best players available, so those who are not good enough get dropped and rightly so in the current system as they have limited places. However it has been widely reported that many children have stopped playing after being released from an academy. The thought of going back to grassroots and feeling like a failure is too much for some. Is this the environment that is right for children? Imagine if our schools worked that way. Children have that sense of feeling special because they are at Arsenal, Chelsea or even Chester FC. Once dropped, those dreams get shattered and that is brutal. Some boys will have been released from 4 or more clubs. Academies cant stop that feeling of almost made it, until they drop them.

2: Clubs are desperate for you to play for them alone, so they tie you up with contracts. This limits the time spent playing with friends, kids need to be kids and as much as they may want to play for a pro club, being tied to one club is not in their best interests. Clubs can stop this, but trust me they wont. What would happen is scouts would try and prise those children away for free, so you can see why the clubs would want their investments tied up.

3: Travelling to away games and to training can be very time consuming for all involved. Those parents without a car are unlikely to be involved, how many kids from poor families or without cars miss out? Under 12's must live within an hour's travelling distance from the club, or 90 minutes for players aged 13-16. That is still a lot of driving for some. Not something they can change in the current system as not enough clubs.

Coaching, attitudes, foreign players are all things that can be changed in or out of an academy set up.

How often does a change of manager at 1st team level, affect the academy?

Governed by the FA. Set criteria in place to operate a facility. However there must be room for alternative coaching programmes, that have a different approach. This is essential so we can see what works best. I am not a fan of the FA coaching, but they are the governing body, I think they should be more involved with coaching our youth on a day to day basis.

Funded or partly funded by FA, football foundation, EPL and English League. Private companies can also have sponsorship and parents may have to pay fees, however they should be capped. Pro clubs save on cost of running academy, they also can charge for hire of facility and can make money from selling on the players at a later date.

Use of Universities (some already do something similar), schools can prosper from professional coaching for use of their facilities. Pro club academy grounds to cater for increase of development centres.

Each county to have a centre within 35 minutes of each other, unless population is too small.

Scouts now have central places to go and not required until children reach 16. This gives them lots of time to look at players and see if they develop.

Schools football at district, county and later national level to be the pinnacle of their development up until U18.

Each county FA to take the most talented players away to St. Georges for week or two in school holidays.

Open to boys/girls from 9 up to 21, to allow for late developers.

Players sign agreement to centre at 16 that any club that wishes to offer them a contract will have to pay a fee to the centre. Player is open to play for whoever they wish.

Once a year national championships to be televised for U18. Chance for players to be seen worldwide and experience the pressure of playing infront of the camera.

Pro clubs pay a subsidised fee for any players they want to sign from 18, if they have been paying into the system. Those who have decided against paying will be subject to pay full cost. No club pays a fee until a four week trial has taken place.

Local centres allow for everyone to attend. I think there would always be the exception, some child may live in a remote part of the country, but that would not be the norm. Built up areas such as London could double the number of centres, compared to the current academies on offer. Large cities have a untapped talent pool due to lack of leagues. Match days spent travelling around the country would be a thing of the past. Plenty of centres to play and school football would be encouraged.

This would also open up more chances for coaches to gain employment.

"Insanity is doing the same thing over and over again, expecting different results!"