Developing a footballing culture to be proud of!

What a great sport football is!  Look at any public park at weekends or summer evenings you will see kids kicking a ball about.  The weekend junior leagues are full of earnest enthusiastic youngsters playing their hearts out under the direction of well-meaning volunteer coaches and managers. Any winter Sunday morning there are thousands of sometimes overweight under skilled but always enthusiastic adults playing all levels of Sunday football. 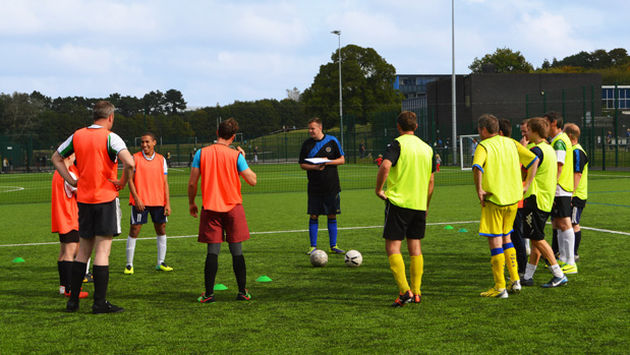 Attending this year’s cup final also brought home to me the pleasure, excitement and emotion the game at the highest level brings to literally millions of supporters.

Yet, do we really nurture and develop this wonderful asset?

Despite all the positives, am I right in seeing so many ever growing negatives? The kids game is riddled with coaches more concerned with winning than development and parents yelling and berating players and referees alike. Worse, professional players and managers are overpaid, cheating and constantly swearing at and criticising opponents and referees.

Talking to grassroots junior clubs there is often the criticism that their league administrators hammer them with fees and fines, in the Warwickshire league alone it is rumoured that nearly 20 inner city junior clubs folded because they could not meet the financial impositions the league imposed on them.

Charter Standard is often seen as a money making scheme for the FA and that the clubs having strived to achieve this bench mark receive very little added value for their efforts apart from having their coaches complete a less than adequate level 1!! Yes less than adequate!!

At the top level of the game the FA is seen as a mis-managed anachronism lacking ethics, values and judgement and more importantly real leadership.  We spent 10 million pounds on trying to win the 2016 World Cup fully knowing beforehand that FIFA was corrupt and would ask for kick backs but only complained about it when our bid failed.  Are the FA and the government saying that if we had succeeded then the corruption didn’t matter?

We’re paying some patently challenged Italian 6 million pounds to “coach” our underperforming national team. Doesn’t it strike you as odd that our much vaunted FA coaching scheme cannot produce our own national coach?

Trevor Brooking despite being in the job for nearly 7 years has just discovered that our kids are not sufficiently skilled so now we’ve got “The Future Game”.  But have a look at the unrealistic practices for  7 year olds  (the most important development age group )that the “Future Game “manual contains  to see that those in the coaching hierarchy are blissfully unaware of the problems and more importantly unaware of the answers the development of grass roots needs . The FA Coaching Programme is not fit for purpose.

It’s time for change and we should expect at the very least;